Сultivation of rainfed lands in the Bazar-Korgon district of the Jalal-Abad region. May results.

Conducting an economic analysis, including an assessment of risks and opportunities in the field of climate change in the tourism, beef, fruits and vegetables sectors to ensure conditions for business growth and development 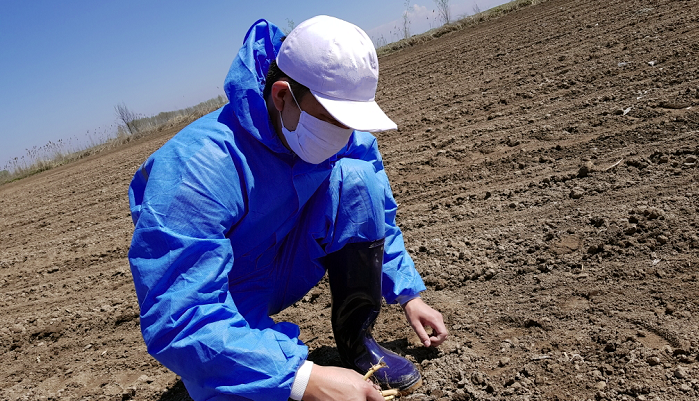 A project to develop a value chain for soybeans in the Chuy region with the support of USAID’s «Competitive Enterprise» was launched at the end of February this year. The imposition of quarantine and the state of emergency in Kyrgyzstan has become a real challenge for farmers, especially for farmers who planted soybeans for the first time. Thanks to the agronomists of the Agrolead Public Association, which, despite quarantine, found ways to work efficiently, 240 farmers were mobilized and trained in 6 districts of the Chuy region: Kemin, Chuy, Issyk-Ata, Sokuluk, Moskovsky and Zhayylsky. The total area of cultivated land was 80 hectares. At this stage, work that including selection of varieties, soil preparation, sowing and weed control has been completed. Now work is underway on care and top dressing. This project is being implemented in a consortium with Public Fund «Tes Centre» and RAS of the Jalal-Abad region.